Thousands of translators at your service. more

Here, the Client is capital and quality is our obsession! more

They trust us. more 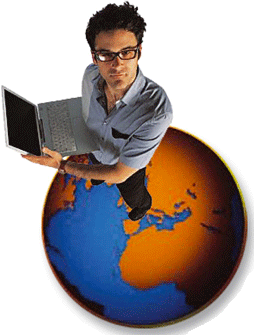 An international team of translators

We put our network at your disposal – a network with over 3,000 professional translators – to translate:

Here, the Client is capital and quality is our obsession!
Our motto has always been: dites ce que vous allez faire, et faites ce que vous avez dit *. Our translators translate exclusively into their native language and are specialised by field. All our work is reviewed and we meet the deadlines.
*Say what you do, do what you say.

L., a French company specialising in household linen, had noticed that their online store, despite its being solely in French, was visited by foreign Internet users, and that it was probably relevant to allow them to see the catalogue in their own language. Therefore, they decided to have the website and the content of the catalogue translated into the three languages of the countries that were the most represented: English, German and Dutch.
Most of the translation agencies they turned to issued translation quotations that were particularly high, because the French version of the catalogue counted several hundred thousand words.
We put forward a computerised process of the catalogue to optimise it by meticulously managing the repeats, which allowed us to decrease the actual volume that needed translating by a large amount. Furthermore, the computing treatments performed were a way to control the quality (spelling, consistency, regularity…) of the data provided before the translation, which even enabled the French version to be improved!
Moreover, these treatments helped to manage in the most efficient way the successive versions of the catalogue, by separating the new wording or products, so as to limit the new translations only to these, which meant more savings on the client’s part.
For these translations, we selected translators who were specialised in the field at hand and for each translation package, we turned to two translators for each one of the target languages (English, German, Dutch), one for the actual translation, and the other for the review.
“A HUGE and SINCERE THANK YOU for being so quick!”
C.J-M.

Those who place their trust in us:

We can process your request now. Feel free to contact us for a quotation on our Quotation page.